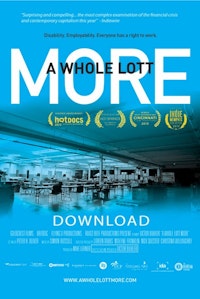 A Whole Lott More, is a feature-length documentary film that examines the working world for people living with developmental disabilities during challenging economic times.