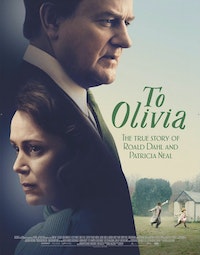 The story of the tribulations behind best-selling children's novelist Roald Dahl's marriage to Academy Award winning actress Patricia Neal. The somewhat unlikely pair - an in-demand Hollywood actress and a burgeoning children's author - find their relationship put to the test, and ultimately strengthened, by tragic events. Set between New York, England and Los Angeles in the early 60s, it tells the tale of Dahl's struggles while writing some of his most famous works and Neal's return to acting with Hud.